Blizzard Entertainment “Tychus Trailer” for Heroes of the Storm

My job at Blizzard Entertainment was to lead a great team of video professionals to complete online media in support of Blizzard games.  We created all kinds of videos in support of the community and early communication about the development of the games.

The upcoming “Heroes of the Storm” is like a MOBA (but don’t call it a MOBA) in that it is a fast paced arena battle type game, featuring all the characters Blizzard fans have come to know and love.  During our tenure at Blizzard we were honored to work on the initial media launch trailers featuring these exciting characters and the team put in long hours working on the best way to present the characters in the most fun ways.

There were several concepts, some more wild than others (which sadly will need to remain archived in the vault) but we had a lot of fun and the final results, finished by the talented Cinematics team in Irvine, contain a lot of the ideas we worked on.  It is super exciting to see something you conceptualized become reality and here it is:

The specific work we did on this project included the pre-production and collaboration with the game team to discover communication requirements, but we also developed what would become the new logo treatment for Heroes of the Storm and the method of representing the in-game character model for the trailer.  This was designed to become a series and be able to fit many characters with diverse back-stories and I’m certain we will see more of these as the game gets closer to completion.

The logo treatment for the Heroes of the Storm trailers. 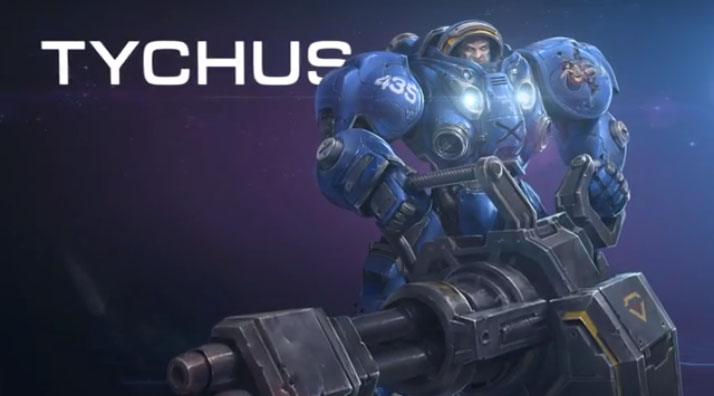 Character representation in the trailer using the in-game model.